Deacon Ben Bray will be ordained to the priesthood in the Seattle Archdiocese this June.  Please pray for him, and thank God for his vocation.

In 2010 I was at the Quo Vadis Vocation Retreat for young men in high school and the play Vianney from Saint Luke Productions was part of the program. When I saw the performance, I was blown away. Leonardo Defilippis' portrayal brought the character to life, showing the saint's love for the priesthood. I was stunned with how much St. John Vianney suffered, both physically and spiritually.  It was during one of the closing scenes that I felt Jesus personally calling me to the seminary.

“If a priest truly knew what it meant to be one,” spoke Leonardo in the character of the saint, “he would die of love.” I began crying because I didn't believe I had what it took to be a priest. But hearing this line made me realize that God wanted to give me an incredible gift in the priesthood, despite what I believed about myself. As I cried, I felt loved by God and invited to something that was greater than I imagined.

After Vianney ended, I decided to talk with a priest about entering the seminary. It has been almost a decade since I first saw Vianney, but that play was the trigger that moved me to answer the call to the priesthood. I am now a deacon and look forward to my ordination in June.

Without Vianney I'm not sure how far I would have gone on this journey. I am truly blessed to have experienced this performance and am grateful to all who are involved with Saint Luke Productions.   This ministry touches lives in a powerful way; I know it touched mine! 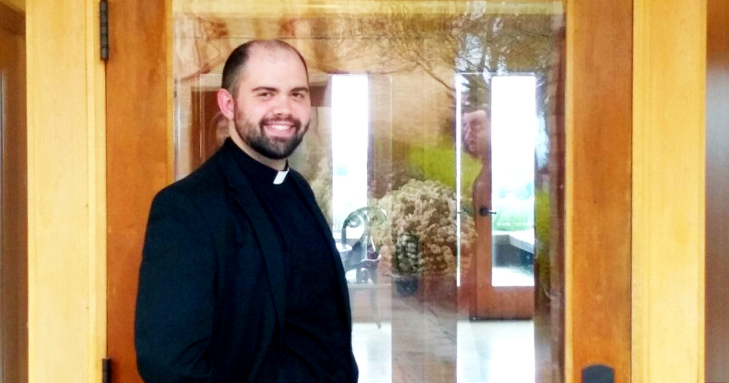