Father Mike had only been ordained a priest a year when he came to the performance of Maximilian: Saint of Auschwitz.  Little did he know, as he entered the packed auditorium and found a seat, how God would use this play – and him – to bring forgiveness to two young souls.

The lights dimmed.  Onto the stage stepped a sinister figure, who laughed as he told the audience how ridiculous it was for the child Raymond Kolbe, later to be known as Maximilian, to pray the rosary.

As the play continued, the Devil became more and more obvious in his attacks, working through the Nazis to “undermine the morals of the people.”  Maximilian called on the audience to ask Mary, the “Immaculata,” to come to his aid to resist these evil forces.

Halfway through the play, Father Mike noticed two teenage boys get up from their seats.  They rushed up to him with a look of terror on their faces.

“Father, we need to talk to you right away,” they whispered. Alarmed and concerned, he followed the boys out of the auditorium.

“We’ve been into some really bad stuff. It didn’t seem serious before – just playing around.  Satanic stuff, Father.  But the Devil in that play – he’s real.  We’re scared.”

Father Mike let them talk, and then he invited them to make their confessions. And a great burden of sin was lifted from them in a few short minutes.  They were free.

Then they went back in and watched the rest of the play, renewed and restored.

When Leonardo heard this story later that night, he was humbled and in awe of God’s power of healing working through this play.  Moments like these make all the work worth it.  Thank you for bringing about miracles of mercy through your support of these dramas. 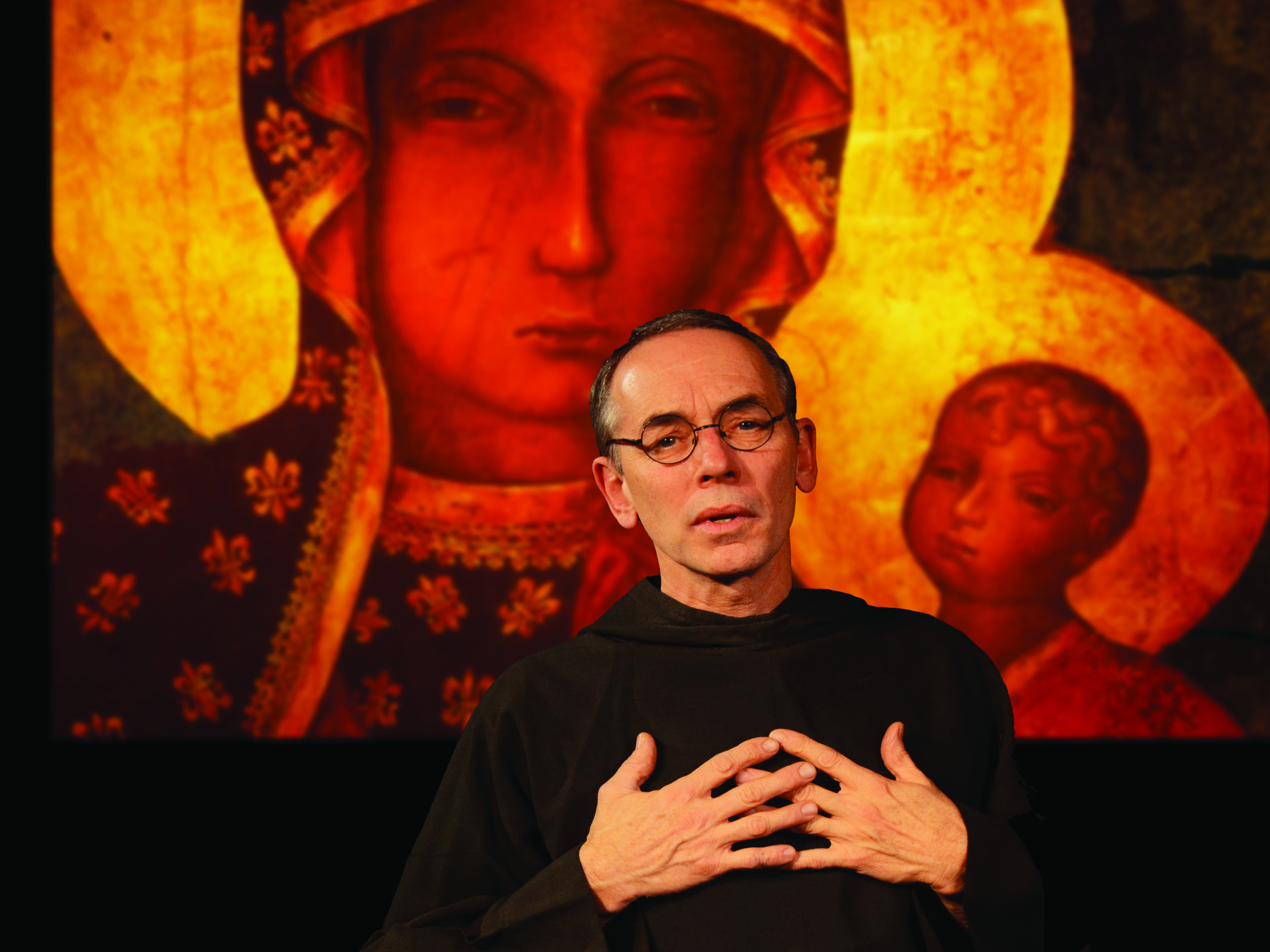